In this specialization the aim will be to show the interrelations and the co-production of law with techno-sciences. Following the approach of the co-production idiom as suggested, developed and explored by Sheila Jasanoff (2006) the specialization shed light to the institutions and the actors that shape and construct innovation laws, regulatory science and develop civic epistemologies. The emphasis will be on how national and transnational institutions that produce science and technology policy think and act and their way in taking decisions and trying to implement them. State and Governmental Departments, Parliamentary Committees, City Councils Committees as well as Law Courts will be studied as loci where science and technology interact with the law and where techno-scientific and legal cultures are informed and co-constructed. 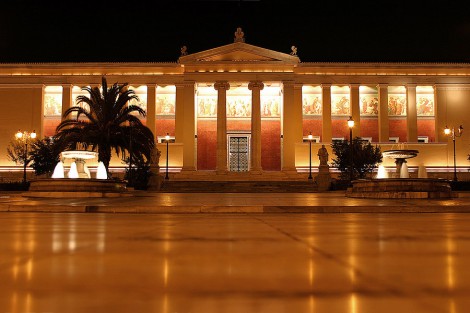 The emergence of innovation laws, intellectual property legislation, regulatory sciences and epistemologies in historical and sociological perspective will be studied on the following themes: Biotechnology, Medical Technologies, Environment & Energy, ICT and Emerging Technologies. Comparisons will be conducted both between sectors as well as between countries and regions. Particular concern will be given to show the role, function and agency of transnational institutions and actors.

Arapostathis Stathis and Graham Dutfield (eds.), Knowledge Management and Intellectual Property: Concepts, Actors and Practices from the Past to the Present (Edward Elgar, 2013)

Jasanoff, Sheila (ed.), States of Knowledge: The Co-production of Science and the Social Order (Routledge, 2006)

Sample of topics for theses

Minimum and Maximum Number of Students: 1-5